How Friendship Created a Medication to Control Embarassing Odors 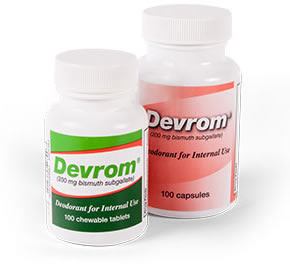 In the late 1950's, Nick Mihalopoulos, R.Ph., Ph.D. was attending graduate school at the University of Connecticut's School of Pharmacy where he became good friends with two of his fellow classmates. One of the friends suffered from ulcerative colitis, eventually leading to ileostomy surgery at the Leahy Clinic. An unfortunate consequence of his surgery was embarrassing odor from flatulence and stool. In an effort to help with this problem, the team of friends went to the laboratory and, after much trial and error, developed Devrom®. They knew they had a unique product that could bring many people relief from embarrassing odors, so they formed the company Parthenon and began to work on the distribution process. With assistance from Don Binder (past UOAA president) and Norma Gill (enterostomal therapist), Devrom® was approved by the FDA as a safe and effective medicine for odor control, and the popularity of Devrom® spread nationwide. In 1969, Parthenon moved from the east coast to Utah where it remains today.